Most agricultural shows do not stand today, they are lying or crawling, and intervention is urgently needed, says Johan Ehlers, CEO of Agri-Expo.

Yet there is hope for agricultural shows, which are seen by Dr Ivan Meyer, the Western Cape Minister of Agriculture, as central to local economic development. 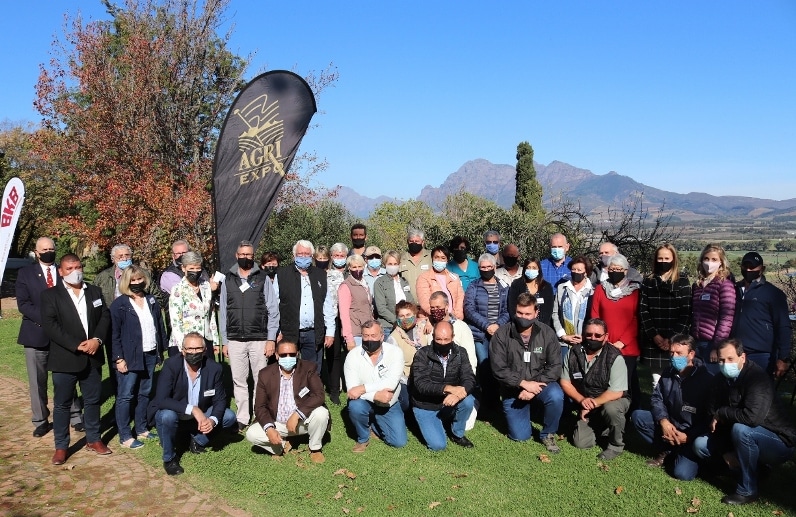 The status and future of rural agricultural shows was in the spotlight during Agri-Expo’s annual Members’ Show meeting held on Friday 11 June 2021 at Diamant Estate outside Paarl. This gathering of agricultural shows that are members of the Cape of Good Hope Agricultural Society was attended by more than 50 delegates of shows in the Western and Northern Cape.

The aim of the event is to create an annual platform to exchange ideas, stimulate new thinking patterns, discuss trends in agriculture and coordinate show dates. This year’s theme was Hope in Challenging Times, with several local roleplayers as well as an international show sharing stories of hope.

In his speech, Meyer emphasised the importance of agricultural shows’ economic impact and job creation in local communities, as well as shows’ contribution to social cohesion. Meyer declared co-operation between shows and municipalities a priority, because “agricultural shows are central to local economic development”.

John Bennet, Ringmaster of the Sydney Royal Show in Australia, called in live via Zoom to explain how this show, which was cancelled in 2020 only two weeks before the show date, had to adjust to be able to show in 2021. According to Bennet, restrictions in Sydney pertain to one person allowed per two square meters, regardless of inside or outside. Therefore, with Covid protocols, the Sydney Royal show could receive 800 000 visitors over twelve days, more than 60 000 visitors a day. They particularly made use of technology, such as heat detection for crowd control rather than counting individuals.

Jurie Uys from Heidelberg Show shared how this agricultural society, with the support of the whole community, was able to raise more than R100 000 when they sold 2 731 hamburgers over two days in April. “The result is that we can keep the gates of the show grounds open for a further 11 months,” said Uys.

Isabeau Botha, Corporate Communications Manager of Agri-Expo, gave training on how agricultural shows can communicate smartly in challenging times. Botha discussed the “value of doing things differently, the value of consistency and the value of collaboration” with reference to recent Agri-Expo projects and marketing campaigns.

Pierre Vlok, BKB Manager: Wool and Mohair (Western Region) singled out the Western Cape agricultural shows for their neatness and high standard, thanked the agricultural media for the exposure given to these shows, and praised South African breeders for the “huge leap in the field of breeding progress over the last decade”.

The Cape of Good Hope Agricultural Society was founded in 1831 and is the oldest agricultural society in South Africa. Agri-Expo was established as its marketing name in 1996. The organisation promotes the image of agriculture through marketing initiatives and events. For more information, visit www.agriexpo.co.za, follow Agri-Expo on social media, or contact Agri-Expo on 021 975 4440 or admin@agriexpo.co.za.